From TwistedFates Database
Revision as of 03:32, 2 November 2021 by Peppermint (talk | contribs) (Created page with "right|frameless|293x293px Auron, the land of gold, is a massive metropolis that is divided into three levels: downtown, uptown, and central. Central...")
(diff) ← Older revision | Latest revision (diff) | Newer revision → (diff)
Jump to navigation Jump to search 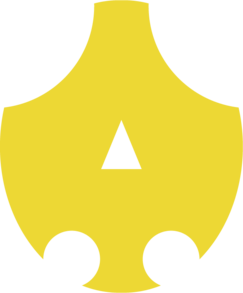 Auron, the land of gold, is a massive metropolis that is divided into three levels: downtown, uptown, and central. Central Auron is at the highest point in the district and is also the center of trade, commerce, and education. Auronians hail from here.

Auro Island – The rumored location of Central Rebel HQ. This isle is constantly plagued by a sandstorm of mysterious origins, so no one outside of the Rebel forces have been able to confirm whether or not this isle is even inhabited.

Mirror Cave - Rumor has it a great dragon melted the desert sand in an angered frenzy and created this cave to sleep.

Downtown Auron – The lowest point in Auron, also including the Golden Shore. Further inland is where most of the poorest citizens live; shantytowns and abandoned rail yards pepper this part of the district.

Uptown Auron – The second level in Auron, Uptown Auron is where a majority of Auronians live.

Central Auron – A number of landmarks are here in Central Auron, including the central branch of the Auron Education System and the Auronian Exposition Center.