From TwistedFates Database
Jump to navigation Jump to search
This article is a WIP. Information is still being added!

Jagaians are recognizable from their piercing yellow eyes. They have two vertical markings on their faces. They have small clusters of scales around their bodies, mostly on their shoulders, elbows and knees and strong, reptile-like tails. All of their markings and scales are a beautiful green in color. Jagaians are also known for their short temper. It’s said that their temper is due to their history as a warrior race; they have a long-standing rivalry with the near-extinct Rubanians. Jagaians have incredible strength and agility. For a list of Jagaians, see the Jagaian category. 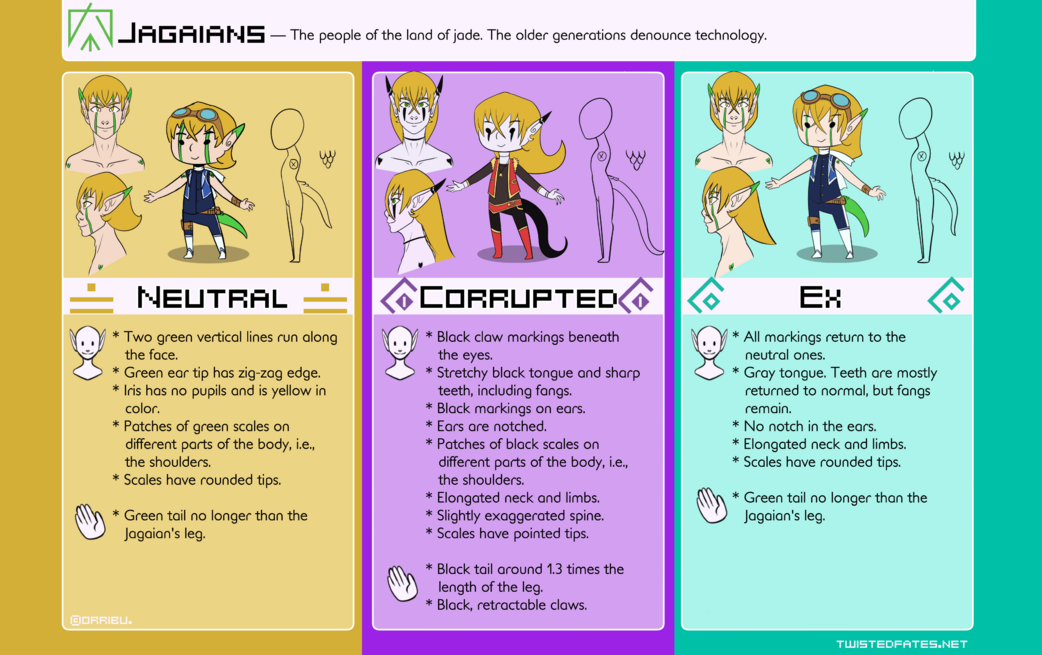